We are delighted to announce the installation of SWIMTAG at three sites operated by Active Luton.

Inspire: Luton Sports Village is the largest of the three sites, with a 50m pool that can be divided into a 25m pool, or a 32m pool with an 18m teaching area. LSV also has a separate 20m community pool. Having four different pool configurations was no problem as the SWIMTAG docking station now allows an unlimited number of pool length options, so users can monitor their swim no matter what time of day they come in and which pool they use to swim lengths.

SWIMTAG was also installed at Lea Manor Recreation Centre, a dual use site attached to Lea Manor High School and Lewsey Park Pool, a 25m x 6 lane pool which has a good number of active swimmers. 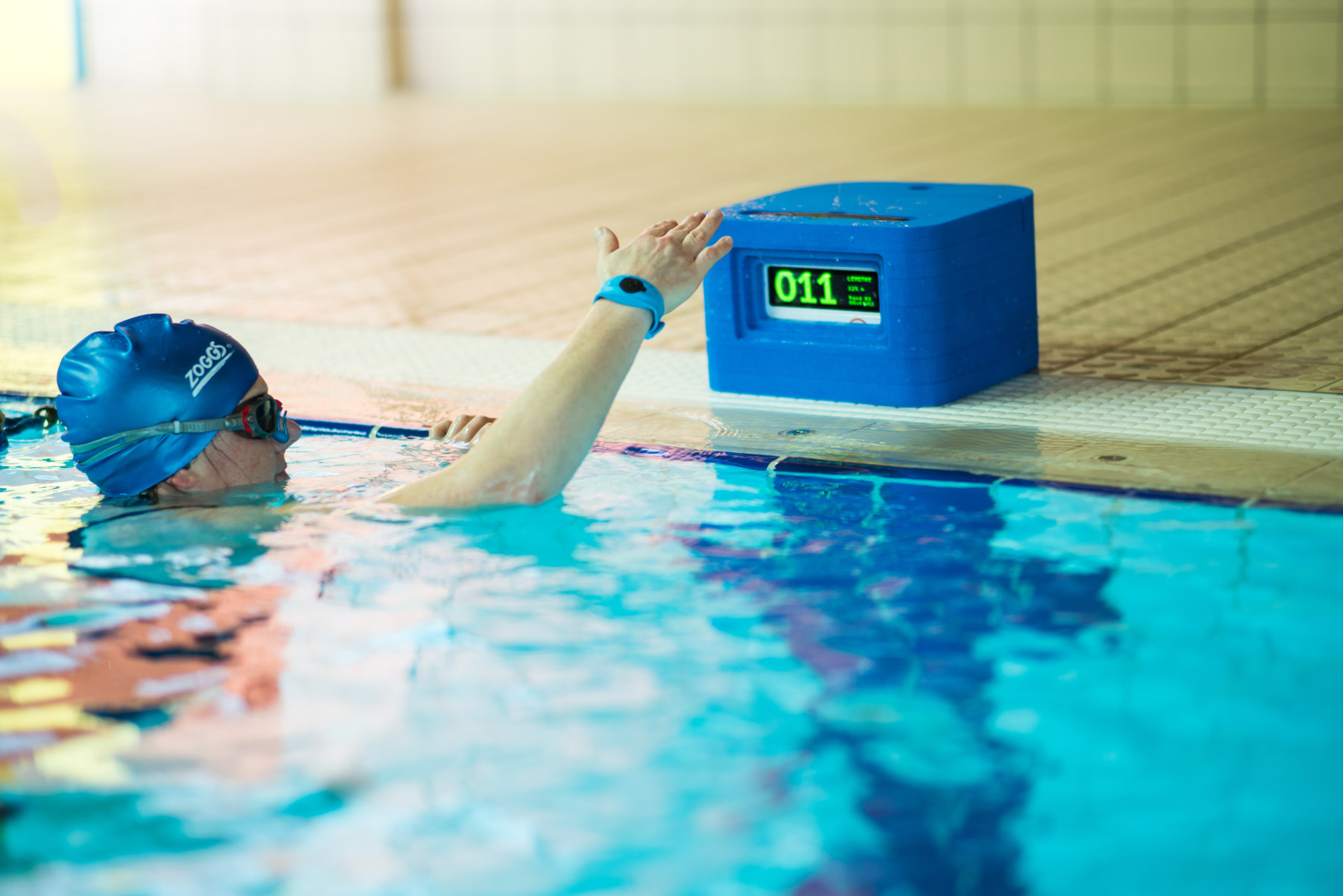 Our new lane displays are a great way to further improve the user experience at any SWIMTAG pool. The robust screens lets swimmers know how many lengths or how far they have swum in real time and can also be used to help them keep to a set pace. The large bright digital screen is easily seen, even through misty goggles. The swimmer simply raises their band in front of a screen when they want to see their stats. The blue foam casing means that they blend into the surroundings of the pool and there's even a slot on the top to put your "slow lane / fast lane" signs. The console itself is fully waterproof, so it can survive a dip in the pool and uses wireless charging which will last for several days. The lane displays have been hugely popular with SWIMTAG users - they no longer see their swim notification and realise they've only done 98 lengths when they were planning to do 100! Contact the team now for further information. The SWIMTAG App is here! SWIMTAG users can now download our new app from Apple’s App store and Google Play!

As well as providing all the usual great SWIMTAG features designed specifically for your mobile device the app will also log you into your account automatically and recieve a push notification whenever you upload a new swim.

Thank you once again to the small army of volunteers who helped us to test the app during it’s beta phase, providing us with vital feedback.

As always, any new developments we make to improve SWIMTAG are available to all SWIMTAG pools at no extra cost to the client.

SWIMTAG’s expansion into Ireland last week continued with the installation of our kit at the Nattional Aquatic Centre in Dublin. The Aquatic Centre is situated within the National Sports Campus on the outskirts of Dublin and is the hub for Ireland’s swimming activity, with just short of a million visits every year.

They become the 2nd site in Ireland to install SWIMTAG after the sports Centre at University College Dublin whose users have already logged thousands of swims since it’s launch in the summer.

Business Development Manager Colin Scott said “Installing SWIMTAG at the NAC is a fantastic coup for us. It just so happens that our first two Irish pools we’ve started working with are two of the biggest in the country. We really look forward to seeing the kit used by a large number of people at the centre in the coming months.

“Interest in SWIMTAG has grown since we displayed at the Ireland Active Conference and Awards in November and we have had positive discussions with a number of other sites in the Republic of Ireland, so we hope to be back over to complete more installations in 2017.”